The Council for Higher Education


The council is composed of twenty-five members including the Chairman, who is the Minister of Education ex officio. The Chairman of the Planning and Budgeting Committee and the Chairman of the National Association of Students are also members of the council by virtue of their positions. At least two-thirds of the council members are individuals of recognized stature in the field of higher education and the rest are public figures. Council members are appointed by the President of the State upon the recommendation of the government for a period of five years. 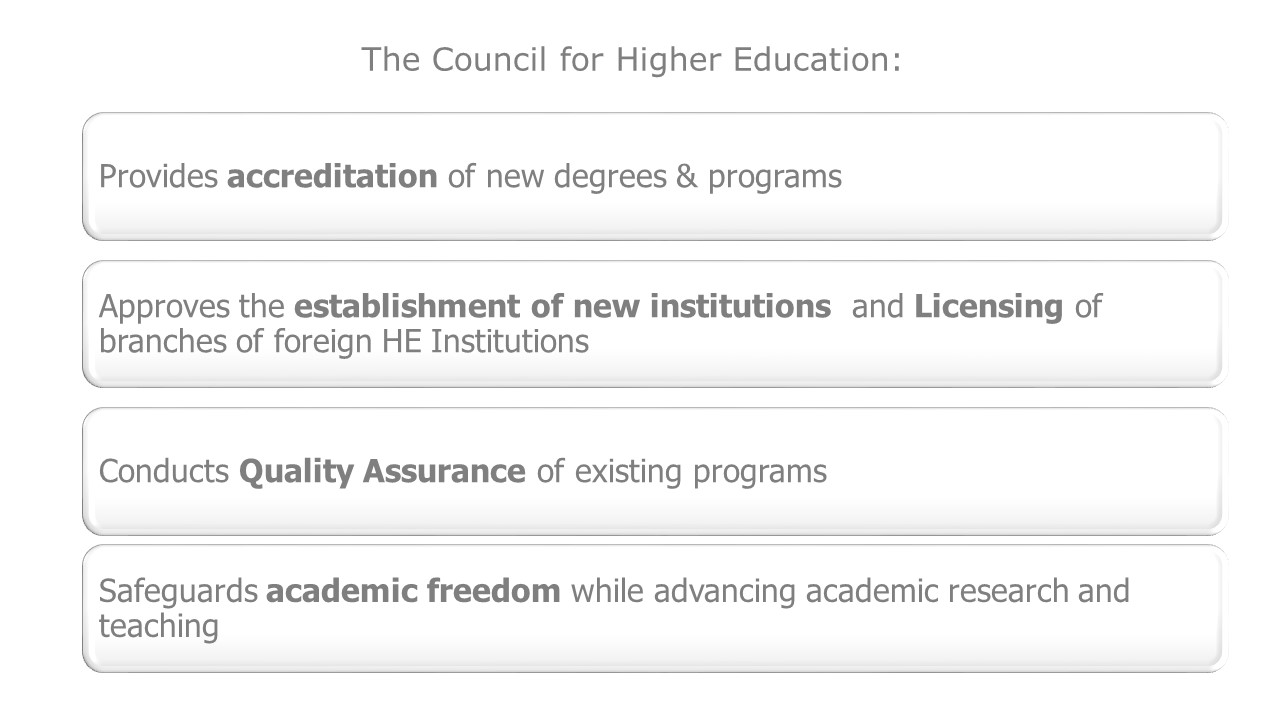 The Planning and Budgeting Committee (PBC) 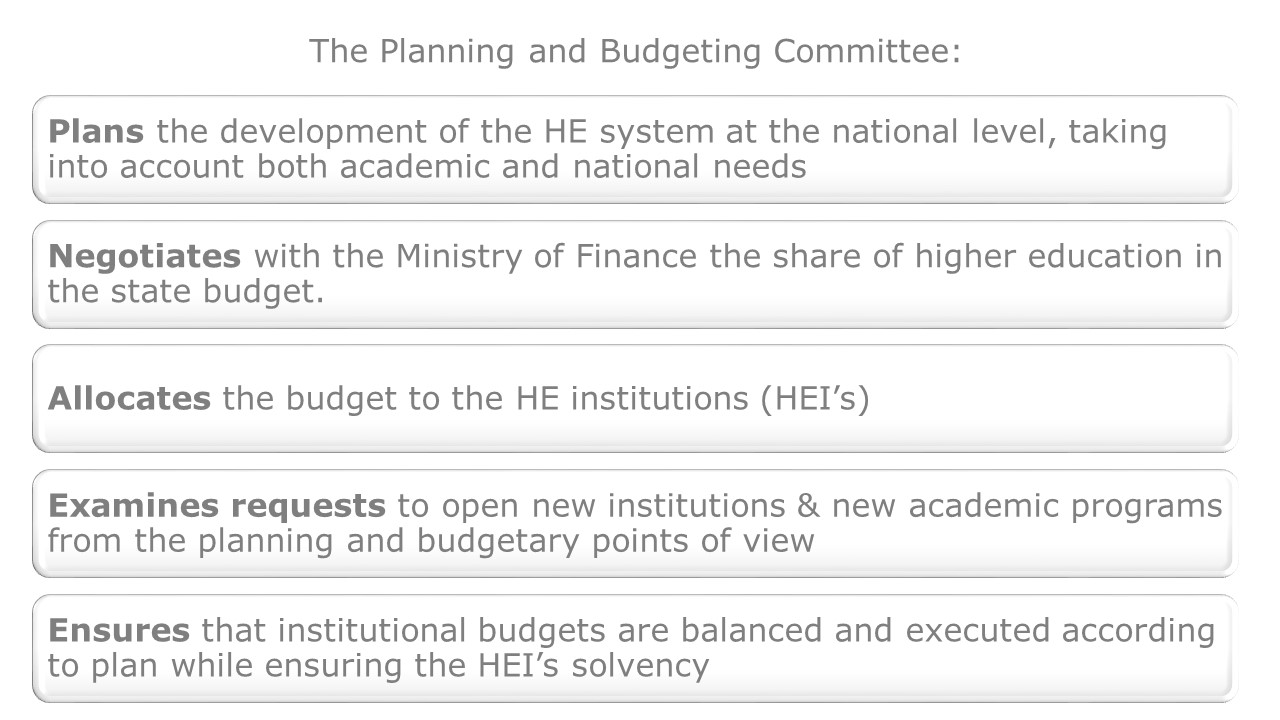